Learn what experts really think about how well you listen, argue and more
from Woman's Day

See The Article as it Appears in Print, Click Here! 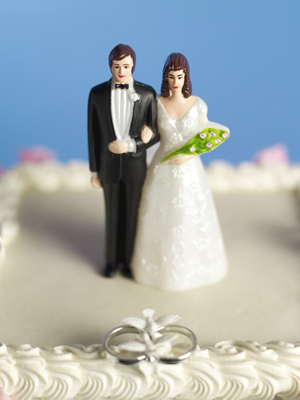 If you’re in marriage counseling, chances are you and your husband are doing most of the talking. But thanks to years of experience, your therapist has plenty of advice that she’d like to share with you, too. Read on to get expert insight on making the most of your sessions.

1. I can tell pretty quickly if your marriage is going to last.

“Within a few sessions I can generally make an educated guess about the future of your relationship,” says Bree Maresca-Kramer, Relationship Expert and Author of It’s That Simple! “A clear sign that it won’t: One or both of you has emotionally checked out and is unwilling to take any responsibility for your problems.”

2. If you want a pity party, go elsewhere.

“Women are always surprised that I don’t seem outraged or upset by what they’re telling me,” says Joyce Morley, EdD, a marriage and family therapist in Decatur, Georgia. “While I understand your feelings, I’m not going to sit here and cry with you. It’s not my job to be emotional. It’s my job to help make your marriage better.”

“Women can be so focused on trying to win that they forget to listen—that’s one of the biggest problems couples bring to therapy,” says Dr. Morley. “Women typically can’t stop talking until they feel they’ve proved their point. But men see counseling as an opportunity to finally speak. And when they do, wives are often shocked to hear what they have to say.”

4. Give yourself a break.

“Men don’t beat themselves up nearly as much as women do when they’ve done something wrong in a relationship,” says Dr. Morley. “So if you’ve messed up, accept responsibility and then quit kicking yourself over it.”

“It allows me to see the real dynamic between the two of you,” says Maresca-Kramer. “I can then use that fight to help you gain a better understanding of each other’s feelings.”

“In an argument, stick to the topic at hand,” says Michelle, a relationship counselor in St. Louis. “When you bring up stuff your husband did months, even years ago, I just want to say, ‘Let it go already!’ You have to get over your past anger because forgiveness means moving on.”

7. I’m not here to give you the answers.

“A therapist will never tell you what to do,” says Maresca-Kramer. “It’s counterproductive. You’ll just become dependent on us instead of learning to make decisions for yourself.”